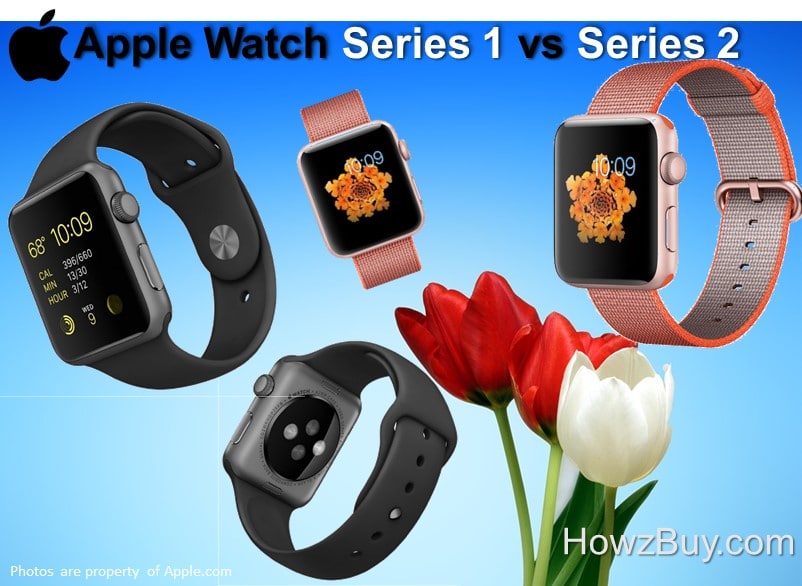 The wait is over:

With introduction of New Series Smart Watch by Apple it is evident to know the differences in Apple Fitness Watch S2 an update of S1 !

This Is Hands Down The Coolest!

Obviously Newer version gets to be more powerful with High end Processor, Extra bright Display, Waterproof and most of all the Style Quotient 🙂 Here I will try to explore and find out how much worth it is spending $250 [as on Jan 2017] more to buy the Series 2 Sport watch from Apple.

Before I dive deep into each feature, you can refer to quick Specs & Feature comparison of Series 1 Vs Series 2 Apple fitness Watches ! If you are running out of time this table shall suffice the purpose, if you have more time, get into detailed analysis post table.

Fitbit’s king of Fitness trackers closely fights with Apple who is known for perfection! Who will win the game ?Click To Tweet

Before we call of for the comparison it is evident that we compare  iOS compatible, Stylish, Fitness oriented & highly competitive priced Fitbit Blaze Get Latest Price here

Another interesting option is Polar M600 Get Latest Price here powered with “Android Wear” with its own dedicated fitness app, GPS and GLONASS, it’s also waterproof with IPX8 certification. And remember it looks great for both men & women 🙂

Anyway still if you are upto buying Apple watch, think of spending that extra $250 [as on Jan 2017] for having Built-in GPS, Brighter Display [Easy to read in Sunlight] and a submersible waterproof tracker ! I am not so sure if they are worth spending $250 worth [as on Jan2017] !!! Maybe if you teardown the apple watch you find more things like use of nyloc screws which are best in class, maybe the tesrdown reveals many secrets, surely I would love to do so one day.

So finally my upvote goes to Apple Watch Series 1. (Don’t forget to look at Fitbit Blaze though) But who knows the next release of series 3 might boom the market with unknown features !! maybe series 3 features spy camera inside the watch !