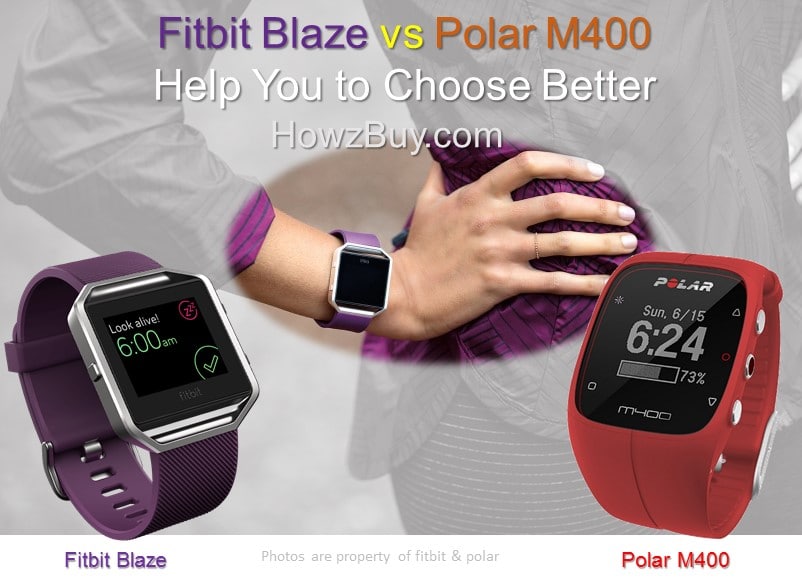 In this post we will see comparison of Fitbit Blaze vs Polar M400 Smart Sports Watches which will cost you around $180 range. Both Fitbit and Polar are popular in fitness trackers, however Fitbit is number one so far and has powerful App support which has proven simple interface with analyzing features.

Both Fitbit & Polar are powerful running companions and will help you motivate to reach new heights. They tracks your activities 24/7, records and analyzes too.

To simplify and make the comparison quick I have prepared simple technical specifications table of Fitbit Blaze vs Polar M400, with colors identifying strength and weakness of both against each other. Later I have narrated which one is winner and why (in my opinion with justifications)

If you ask me Fitbit Blaze Smart Watch is clear winner with its proven track record and benefits narrated above.

Some knowledge about Water Resistant Specifications given on Electronics