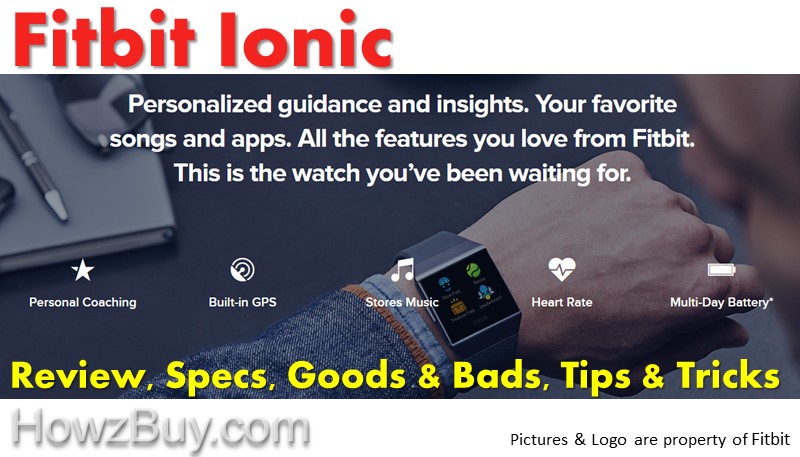 Fitbit has added impressive new fitbit wearable to its range called as FitBit Ionic … and mind it’s the most expensive wearable launched by Fitbit so far.

Question is that is this best fitbit smartwatch ever launched ?

Ionic has come-up as an alternative to Apple Watch 2 and Android Wear.

Although the new Apple Watch 3, also has the same LTE connectivity feature as the Fitbit Ionic, still Ionic remains a serious contender to be the smartwatch market.

Claimed as “the most advanced timepiece” by Fitbit

Fully power packed with features such as

Obviously it carried forward all the standard features that all fitbits have, apart from it it has upgraded elements too.

How do I update my Fitbit Ionic?

As boasted by the company as “the most advanced timepiece” by Fitbit, its BEST but not the GREATEST in market at this price-point, breaking the expectations of market.

However to call it as a smartwatch, it need to be pushed to the next level.

Ionic is currently priced around the most premium Android Wear and Tizen choices, slightly below the Apple Watch 3, so we feel that better options are available in the market which offer a nicer design and better features.

If in future the prices are dropped for Ionic then surely you can go for it.

Watch Review video of Fitbit I