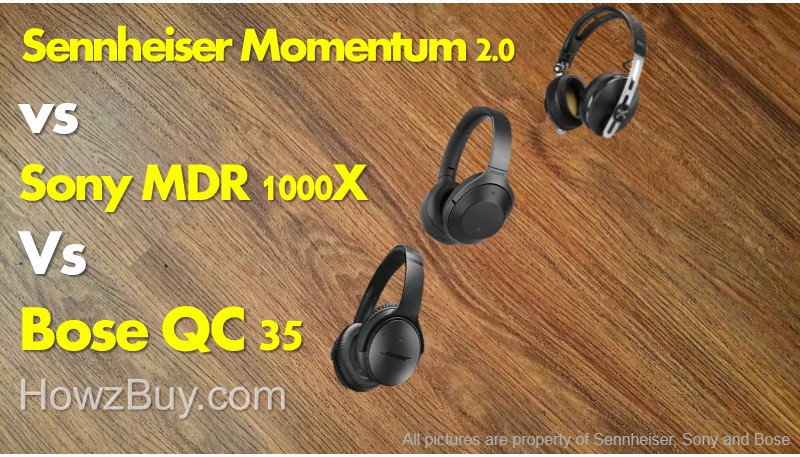 Another competition between Bose qc35, Sennheiser momentum 2.0 Wireless and Sony MDR 1000x. It’s an exceptionally fierce competition, but while there are some definite similarities between them – they’re noise cancelling headphones with microphones, a 20-hour battery life and their own codec that promises High-resolution audio when paired with any of the brand’s music players.

Noise cancelling headphones have always had issues with sound quality but the new Bose QC35 go a long way to solving past problems.

All three NC headphones have shown they’re up to the challenge of producing a pair of headphones that can occupy pride of place in your limited carry-on luggage. It’s Great timing too, as phones like the iPhone and the Moto Z start losing their headphone jacks!

The question is – which will go with those phones, if you had to pick just one? so I am here with the Bose, Sony and the Sennheiser against each other on key buying parameters to answer this for you. So let’s have a look at these headphones and see if its worth the money.

Let’s see whats inside the Headphones.

Never charge a product with batteries overnight while you are sleeping. Always follow the manufacturer’s instructions and use the charger from the manufacturer that is designed specifically for your device.