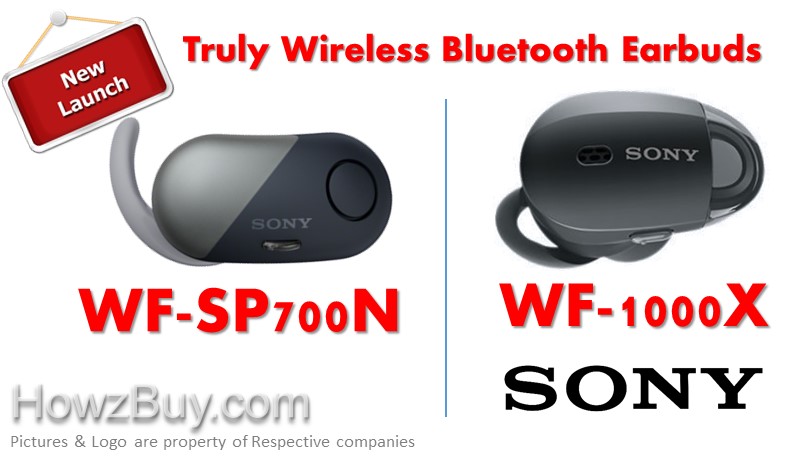 When Sony announced launch of a new pair of splash proof (IPX4 rated) wireless earbuds Sony WF-SP700N it was evident to compare it with existing high seller WF-1000X model.

So my post will cover two purposes, one getting full specifications and features of all new Sonly WF-SP700N and second comparing the specs with existing selling Sony WF-1000X model

So now lets look at the specs comparison, where differences are highlighted in Bold letters or colors, later after the table we will look into the differences in between two NC earphones from Sony.

What are differences between New Sony WF-SP700N vs WF-1000X?