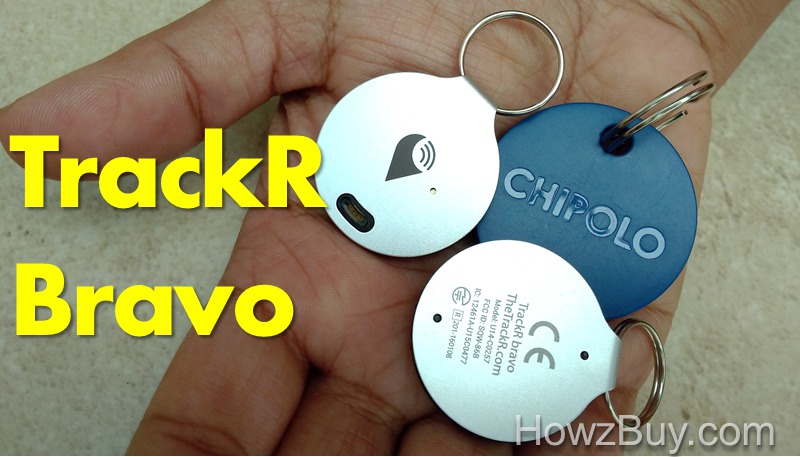 As I wrote on comparison of famous key & wallet trackers like TrackR Bravo, Tile, Chipolo & Cube, I also got evaluation copies of TrackR Bravo & Chipolo, here is review of TrackR Bravo as tested on two units so far. I can’t comment which is the cheapest wallet tracking device, since all these trackers are on sale for around $25, so you can select them based on the basic lost item finding function and its crowd GPS support.

Looking at the photograph above, you will get an idea that TrackR bravo is a coin sized bluetooth wallet tracking device, its very small circular coin shape, made from colorful anodized aluminum housing having a small loop at the top which makes it easy to attach to a keyring, gets easily inside the pet collars, fits in a purse, wallet, or camera bag. This lost item tracker also comes with adhesive pad which allows it to be pasted to anything like your bicycle, camera, laptop etc. When I tasted the adhesive tape supplied with the TrackR Barvo, it worked quite well, the adhesive strength is pretty good and does not come out easily, I applied lot of force to detach it again from my DSLR camera.

Pairing the Trackers to my phone 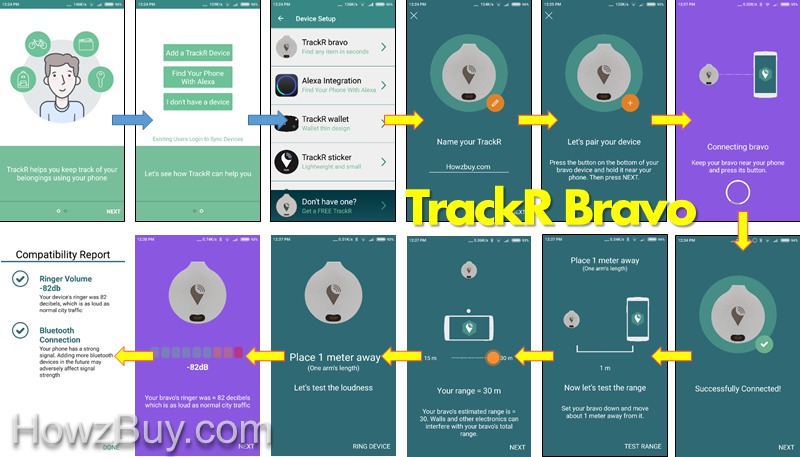 Overall final recommendation from HowzBuy.com is that TrackR Bravo is not a good key finder or wallet tracker – Not recommended for buying

Disclaimer : We got TrackR Bravo FREE of cost from the company, we are thankful to the company for the same. Maintaining authenticity of review is prime importance to HowzBuy.com, that is how the above rating & recommendation is done.