We have seen to dozens of great, and not so great, wireless speakers. Here are two best speakers, we think are worth your money from ultra-portable, and waterproof, and Bluetooth speakers that will even keep audiophiles happy. This Speakers are used around the home. Bose and Fender are two well known brands for the bluetooth speaker. So if you are looking for the best bluetooth speaker between these two just once refer this review.

There is no longer any excuse to make do with the disappointing sound from your smartphone or tablet. Bluetooth speakers are a simple and often effective audio upgrade that doesn’t have to break the bank. Unless you want it to.

If you care about the size and sound quality, however, a small portable Bluetooth speaker might not be for you. As you’ll see from our list, the better-sounding models generally aren’t going to fit in your pocket.

Here, at last i will recommend you which one is best to buy. 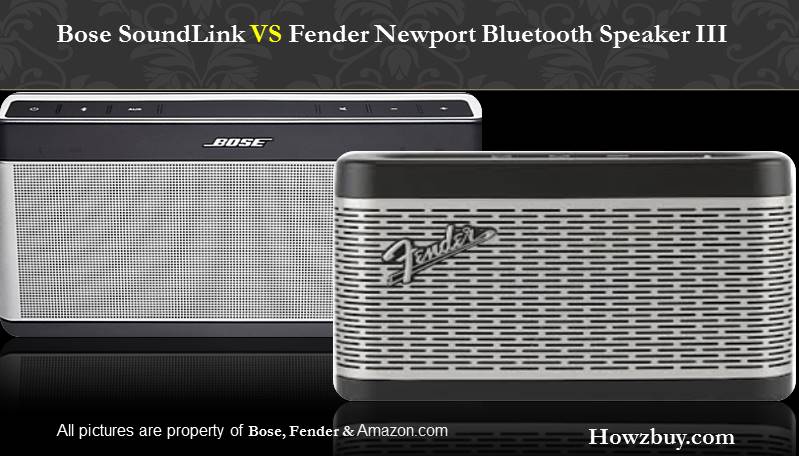 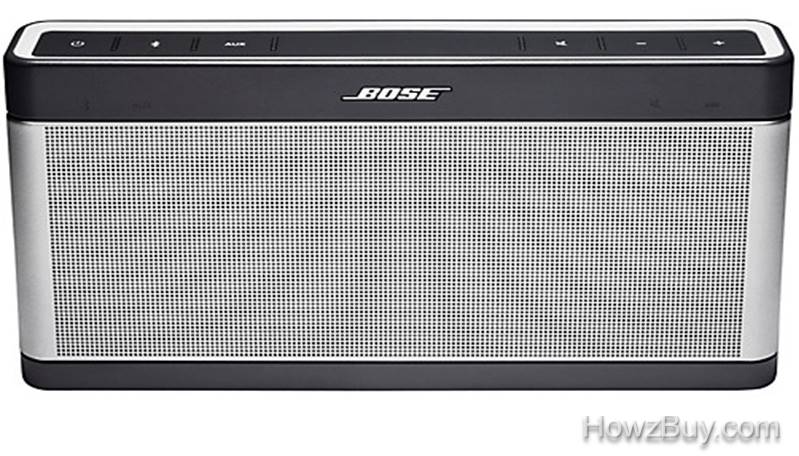 The Bose SoundLink Bluetooth Speaker III sounds great for a compact Bluetooth speaker, playing louder than its predecessor and offering much better battery life. Bose soundlink are most popular speakers when it has launched its previous versions; if not, the most popular portable wireless speakers in terms of sales. First, the company launched the impressive Sound Link Mini, a micro model, and  in 2014, it launched its larger portable Bluetooth speaker, releasing the Bose SoundLink Bluetooth Speaker III.

The Bose Sound Link Bluetooth Speaker III with changes it’s design but it is similar in size to the previous two generations of the speaker, and also it improves its battery life, and according to Bose it also plays louder and sounds better.

The SoundLink III is wider than the previous versions. It is near about 5 inches high, 10 inches wide, and 2 inches deep, and weighing in at 3 pounds. The battery life of The original Sound Link Mobile Speaker, which was launched in 2011, and the Sound Link Mobile Speaker II both offered around 8 hours. The new model came that number to 14 hours. Earlier models had a built-in cover that converted into a stand.

Pair and Play
The Bose SoundLink III is designed to easily pair with iPads and smartphones which are  Bluetooth-enabled devices. The wireless transmission range is of about 30 feet for extended operation without wires that is it uses bluetooth.

Powerful Performance
To provide full-spectrum audio and clarity, even at high volume levels Four drivers and two passive radiators are engineered. Also For enhanced sound at louder volumes. The digital signal processing has been improved over previous generation models.

Form and Function
To helps protect it from dirt and dust, The silicone button panel is available, while a wrap around metal grille adds to its durability and resists fingerprints. 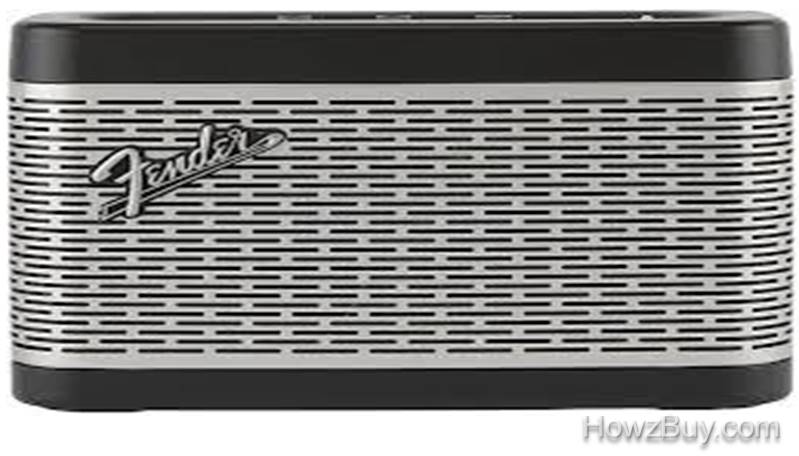 The competition in the portable Bluetooth speaker is much difficult these days and mainly the Bose SoundLink Bluetooth Speaker III  is not as big of a standout as it was when the first version launched in 2011. It also isn’t as feature-rich as some models. Still, its sound and battery life have improved (the battery life is a bigger jump than the sound), and its build quality remains top notch.

The Bose SoundLink Bluetooth Speaker III is a high-quality product that’s an easy speaker to recommend if you can afford it. Audiophiles may not be wowed, but most people will be duly impressed by the quality of the sound it produces for its size. But now if you compare bose with fender i will suggest you to buy fender newport bleutooth speaker.

This is one excellent home Bluetooth speaker, with the bonus that it looks super-cool means it’s design is superb as compared to Bose. It sounds huge and even manages some decent stereo effects, plus there’s the novelty of EQ adjustment via physical controls rather than an app. Battery life of fender is more than bose soundlink.

So here, I surely recommend you to buy Fender Newport Bluetooth Speaker instead of Bose Soundlink III.