I write so many reviews on Bluetooth wireless headphones and one thing that came to my notice that suddenly the internet has started discussions on Do Bluetooth Wireless Headphones Pose Brain Cancer Risk?

And my executive summary for you is as follows.

Reading so many things I got thoroughly confused if really the cell phones and the Bluetooth wireless headphones will cause brain cancer to humans!

First thing that I came to know is the internet discussions fired as a result of story published last Thursday on 7 March 2019 on Medium.com with heading “Are AirPods and Other Bluetooth Headphones Safe?”

It mentioned about the declaration .. also quoted “My concern for AirPods is that their placement in the ear canal exposes tissues in the head to relatively high levels of radiofrequency radiation,” by one of the signees, named Professor Jerry Phillips, from the University of Colorado-Colorado Springs.

Second thing that I understood is that Cell phones may cause cancer in rats!

Now after going through an article on qz.com I understood that there is a research paper published by US scientists which shows that cell phones radiation could cause cancer in rats! ( Read complete article here )

How do I reduce the risk of radiation to brain from cell phones?

I believe that prevention is better than cure …

So simple things that you can surely do to avoid speaking over the cell phone for prolonged time, but what if that is unavoidable as a part of your job?

Having said that I surely warn you not to wear Wireless Bluetooth headphones like Airpods for hours and hours (unless extremely urgent) .. even though most of the studies and information from the FDA and the World Health Organization (WHO), among other organizations, to date, shows that the weight of scientific evidence has not effectively linked exposure to radio frequency energy from mobile devices with any known health problems.

Its common sense that low dose of Bluetooth radiation for hours together is not a good idea in itself! what do you say?

Wireless devices might interfere with implanted cardiac pacemakers if used within 8 inches of the pacemaker. So such patients may avoid using a wireless device this close to their pacemaker. 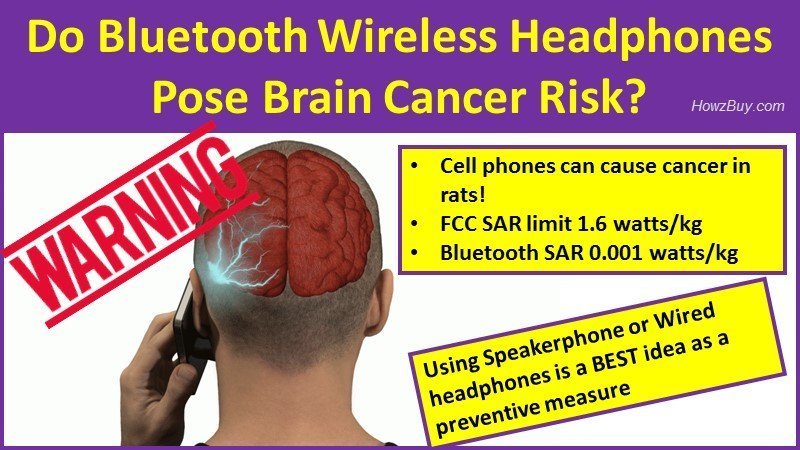 No, more than 200 scientists did not just sign a petition warning about cancer from Airpods. That doesn’t mean there’s no risk