When I switched over from Android to Apple iPhone, everything was new for me. And believe me it took lot of time to learn the settings of iPhone. One of required thing for me was to Block unwanted marketing calls, when I learned it thought of sharing the same with you, so as to save some valuable time and quickly learn on How to block unknown calls on iPhone?

Being iOS feature, the same settings will also be applicable for iPad or iPod touch.

And once you learn blocking, it will also be important to see how to unblock numbers! Yes, sometimes it happens that you block some number accidentally or unintentionally which you want to enable again.

As a matter of personal interest I also researched on what happens to the other end, I mean when iPhone block caller what do they hear?

How to block & unblock unknown calls on iPhone, iPad or iPod touch 2020

How to block unknown calls on iPhone, iPad or iPod touch?

As said this feature is built into iOS (7 or later) which assists you to block any unknown calls or even known numbers from contact list.

Further iOS (7 or later) allows you to filter iMessages from unknown people as well as report them as a spam or junk.

There are three different methods to do the same task, you may choose whichever you feel easy and quick –

Applicable to iOS 9 onwards to block calls, imessages and FaceTime 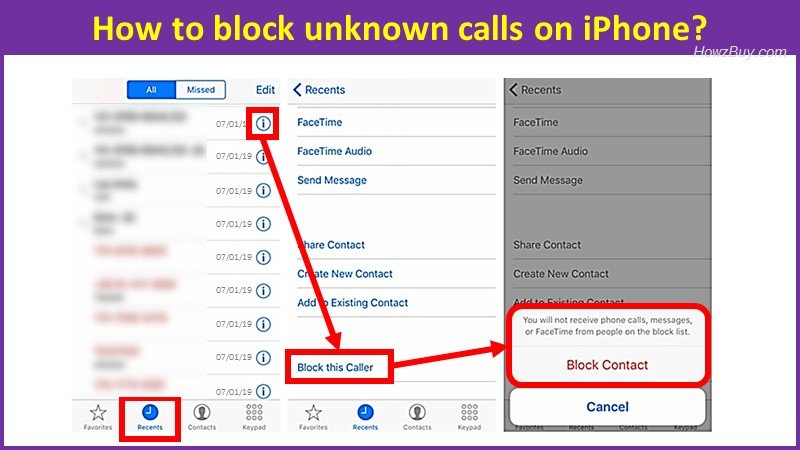 Simply click on ⓘ [letter i in circle] button displayed in front of that particular number.

Applicable to iOS 9 onwards to block calls, messages and FaceTime 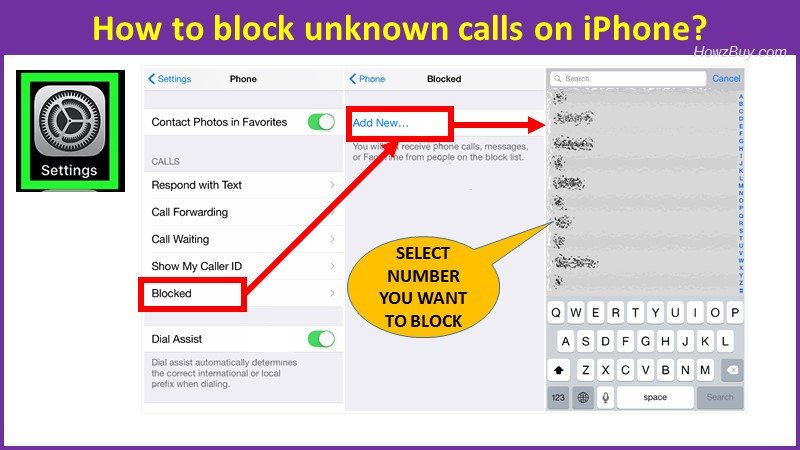 How to unblock a number on iPhone?

Once you learn on how to block numbers, its important to know how to reverse it?

May be you did it accidentally and want to reverse it or changed your mind.

Simply click on ⓘ [letter i in circle] button displayed in front of that particular number.

Tap on UnBlock this Caller 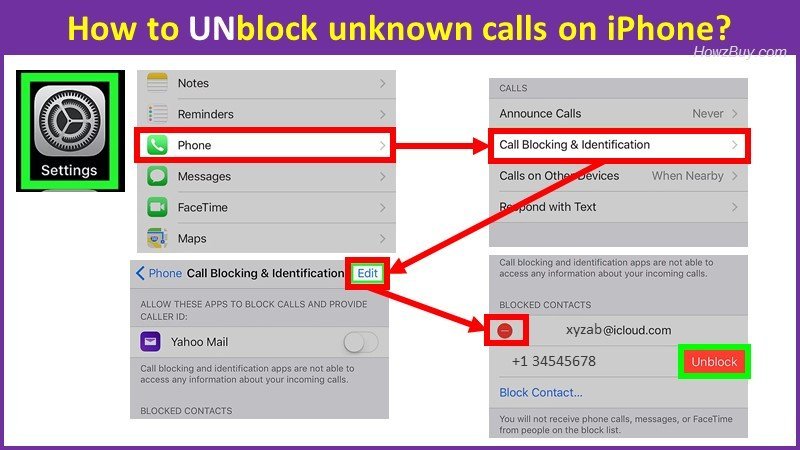 Where to find blocked phone numbers and contacts?

iPhone block caller what do they hear?

I am sure you must be curious on what happens on the other end?

When you block some number and he/she tries to send Message, then it will never show Delivered notification to them. But there will be no explicit message to them that the call or message was blocked.

However remember that the blocked number can still leave a voicemail – without being notified about it.

So when the blocked user calls you he will not listen to the ringtone but directly diverted to the Voicemail, without being notified to you as a missed call or a voicemail.

How to call even when someone blocked your number on iPhone?

Now I am looking from the other side of story, I mean some of your friend has blocked your number (maybe accidentally or you fought with him/her) and you still want him/her to call.

There is a workaround if you also own iPhone.

Switching off call ID in the settings will make your number invisible to the receiver and any block on that number will be bypassed.

While you use Google voice mail which is FREE service, Google provides you different phone number and hides your original number, which is one of the easy and quick method to call someone who has blocked your number.

Read more on how to set Google Voice mail on iPhone in my detailed post here.

Workaround 3 – Dial from different number or use Country code

Generally the number is shown without country code, if your provider supports adding country code while dialing, in that case you can try changing that setting OR alternatively dial from different phone/landline number to really check if the other user have Blocked your number or it is Switched OFF.

WARNING! Please note that if someone has blocked your number and you are trying to call him using any methods described above, it may be considered as harassment or stalking, so its quite possible to have legal implications, so DO NOT DO THIS UNLESS EMERGENCY.

How to Block All Incoming Calls on iPhone or iPad?

When I am tired, and want complete peace of mind …. I don’t want to talk to anyone at all … no calls …

One easy way is to switch OFF the phone!

But what if I want to watch a movie or listen to a song?

In that case best way is to use the built in feature of iOS which is using the DND feature. Let’s learn on how to do it.

You can simply refer below Info-graphics which explains how to block all incoming calls, with exceptions. 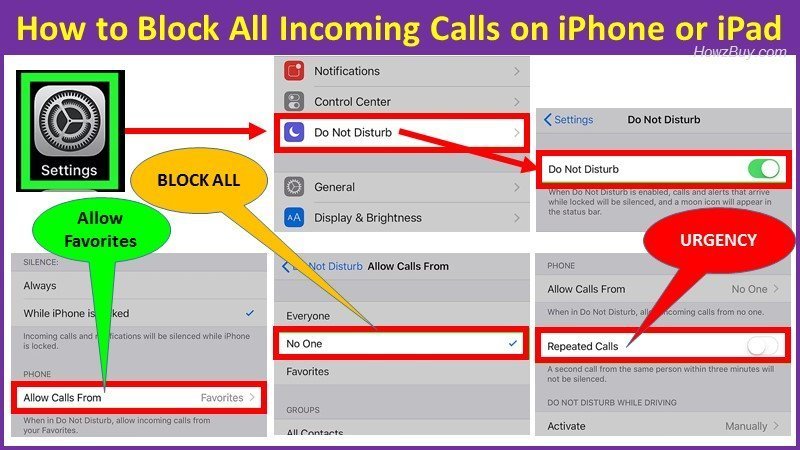 Now you are done with Basic settings of DO NOT DISTURB mode.

Once the basic settings are done, you are ready to use Quick Step shortcut from the home screen itself.

How to filter iMessages from unknown senders?

Sometimes you get too many marketing messages and want to filter all iMessages only from known people from your contact list.

In that case there is a simple way built into iOS

Once you do this setting, there will be new Tab added to the Messages section called as Unknown Senders and you will not get any notification for such iMessages.

How to report spam or junk in the Messages from iPhone?

When you open an iMessage from unknown sender, you will see a Report Junk link under that message in Blue color.

Click on link and tap Delete and Report Junk.

This will generate appropriate communication to Apple and delete the message from your device.

However in case you wish to block / report any SMS and MMS messages, then you need to contact your carrier.