Original iPhone SE was released in March 2016, with inheritance from the 2013 iPhone 5S’s design, smaller size. Now that there are very strong rumors about Apple’s update on the SE series with an iPhone SE 2 this year, mostly during the WWDC 2018. The series SE existence has sense from a number of perspectives… Some reports says that  9.8 per cent of all iPhone sales in the year 2016 were iPhone SEs ! so what is iPhone SE 2 release date?

So if you see that iPhone 8 was launched in exact one year after the launch of iPhone 7, launching SE 2 after two years makes sense to me.

A FocusTaiwan report released in August 2017 implied about launch of new iPhone SE in the first quarter of 2018, while one more report by the Taiwanese market research company TrendForce, predicted new iPhone SE 2 is launch in the first half of 2018.

Well if at all the SE series is updated, some reports suggest that the new SE 2 handset might not be available everywhere.

Also the current SE model inherits design from the iPhone 5s, the iPhone SE 2 might inherit its looks from the iPhone 8, although may have different dimensions. However it may be true that the headphone port will also disappear. still maintaining the classic iPhone shape and the front Home button to support fingerprint recognition.

Coming to the color options :

The original Rose Gold and gold versions are almost merged in the iPhone 8 and the same logic may be carried over in the new iPhone SE 2 offering new brassier gold color option instead of two gold options.

Further it may carry the glass back feature thus allowing wireless charging, the latest update, giving a look more like the all-glass iPhone 4.

The SE uses the Apple A9 chipset (and the iPhone 6S too), the new iPhone SE 2 will offer an A10 Fusion chip (as seen in the iPhone 7)

Further it is rumored that SE 2 will have –

The SE price is almost half that of an iPhone 8 !

Looking at the prices of iPhone 7 & iPhone 8, it is expected that the iPhone SE 2 will be priced same as current SE model when (and if) it launches.  So finally SE 2 will be a gGreat option for those who are looking for a low budget Apple iPhone. 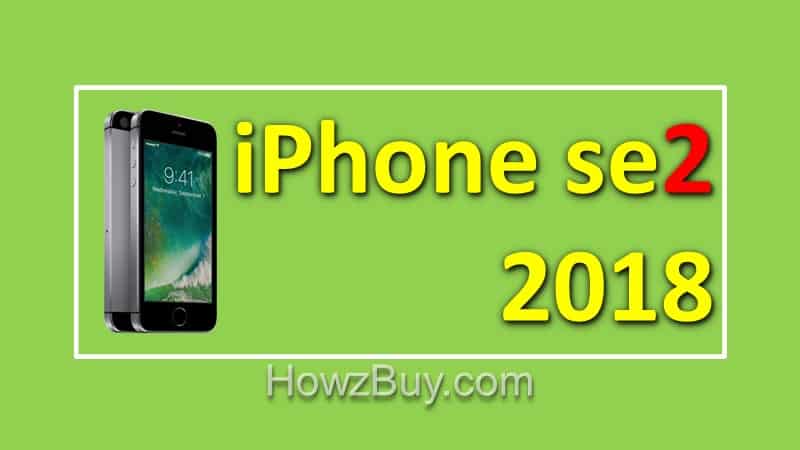 Will the iPhone SE be discontinued?

Many analysts have suggested that there won’t be a new iPhone SE at all !

In January 2018 Ming-Chi Kuo wrote a research note saying “Apple had used up its development resources” and would not be able to produce a new SE for the spring launch.

Also sometimes last year in July 2017 China’s Huaquang Research analyst Pan Juitang predicted that due to insufficient demand on smaller phones, Apple wouldn’t update its 4in phone. He said that the majority of consumers are going for the larger displays for watching movies, playing games and browsing the web, mostly 5 inches or bigger displays.

Looking at the number of models in pipeline and delays happening there is scope to believe that iPhone SE 2 launch will get delayed substantially !

What is best alternative to iphone se ?

for writing this post we have taken extensive reference of internet news, sites, blogs. Specially the SE 2 specs sheet has been prepared using reference from https://www.gadgetsnow.com/mobile-phones/Apple-iPhone-SE-2